FREE SHIPPING ON ORDERS OVER $60

From the land around us to the skies above, our inspiration comes from where we live, work and play. We support groups conserving natural wonder and improving communities for future generations, like the International Dark-Sky Association (IDA), which works to fight light pollution and protect our night sky.

Checkout all the parks and more from International Dark-Sky Association below!

For residents of the greater Los Angeles area, Joshua Tree National Park is the nearest convenient place to stargaze under a dark sky. Visitors who make the trek to the park’s eastern wilderness area are rewarded with some of the darkest night skies left in the region.

IDA Program Manager John Barentine says, "That such a protected place exists within a few hours’ drive for over 18 million people ensures that starry nights and clear views of the constellations will continue to inspire Southern Californians for years to come." 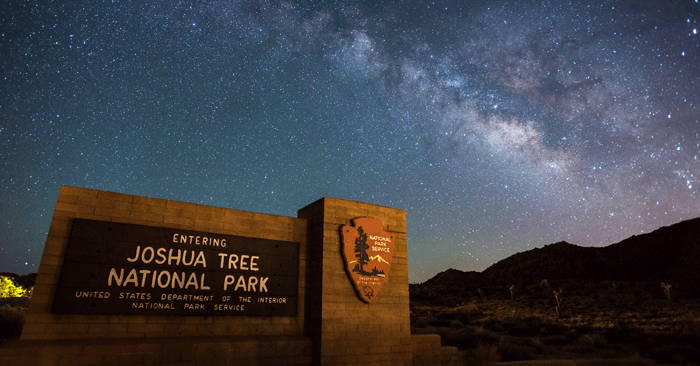 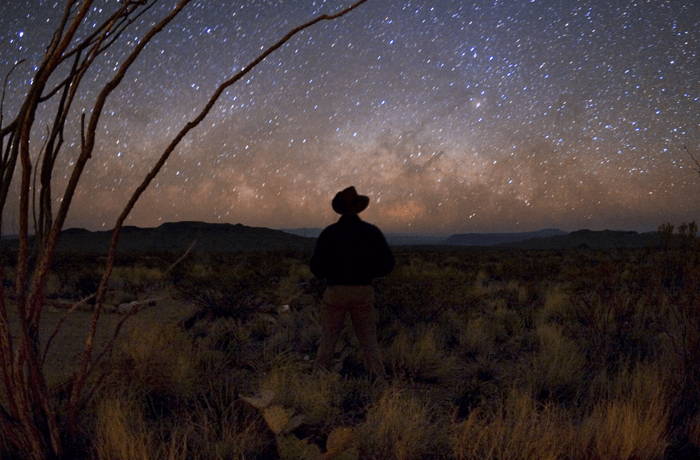 This U.S. national park is renowned for its hiking and backpacking trails nestled in the “Big Bend” of the Rio Grande river, which marks the boundary between Mexico and the state of Texas. It’s the largest protected area of Chihuahuan Desert topography and ecology in the United States and also one of the largest, most remote, and least-visited national parks in the Lower 48 United States. Its great distance from major urban centers renders the skies over Big Bend among the darkest in North America.

Big Cypress National Preserve is bordered by the wet freshwater prairie of Everglades National Park to the south, and federal and state lands to the west. The park’s human prehistory stretches back thousands of years, and it was occupied most recently by various Native American tribes in the nineteenth century, when the Seminole Indians were removed from the land.

Big Cypress is a center of biodiversity, hosting a variety of species including orchids, cypresses, mangroves, venomous snakes, birds, the Florida black bear, and the elusive Florida panther. Together with nearby Everglades National Park, Big Cypress is an important bulwark against land development in southern Florida, representing some of the last dark sky territory in the region. Still, it is impacted by light from the Miami and Naples/Fort Meyers metro areas. Preserve staff have recognized the value of the buffer that Big Cypress and the Everglades place between these cities as it applies to their overall conservation mission, and have taken concrete steps to protect the night sky and raise awareness among visitors. 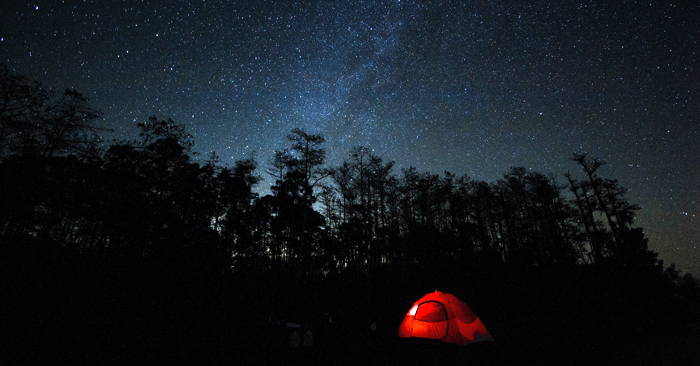 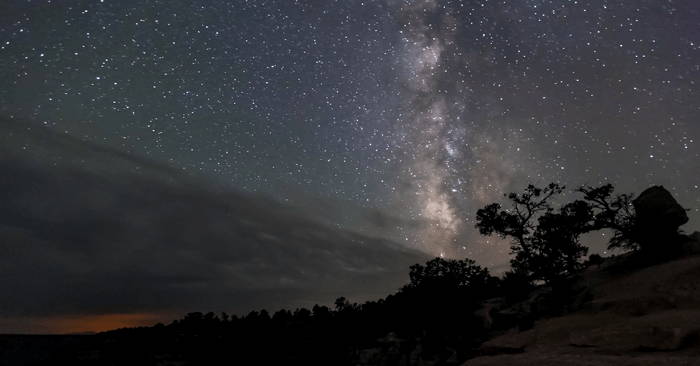 Grand Canyon National Park in Arizona is among the most recognizable parks in the world.Given the Grand Canyon’s remarkably dark night skies and U.S. National Park Service (NPS) efforts to make visitors aware that “half the park is after dark,” an authentic and meaningful dark-skies experience is available to over 5 million visitors annually.

The park is situated in some of the most remote and rugged territory left in the contiguous United States; this landscape thwarted most historical attempts at development and has left the canyon’s surroundings largely unpopulated. However, its historically high rate of visitation left a legacy of over 5,000 light fixtures in the park. The NPS and Grand Canyon Association have embarked on a multi-year effort to bring all of those fixtures into compliance with IDA requirements. They hope to complete this project by 2019, the 100th anniversary of the establishment of this deservedly famous national park.

Black Canyon of the Gunnison is a 30,750 acre national park situated in a part of western Colorado. At its heart is the Black Canyon, a steep-walled chasm formed by the Gunnison River as it carved its way through nearly 700 meters’ worth of Precambrian schist and gneiss deposits. The feature takes its name from the near-permanent shadowing of the river bottom due to the strong vertical relief of the canyon walls.

The Park is composed largely of federal lands and private property used for agricultural production, helping preserve its dark skies against long-term urban encroachment. There is little artificial light at night on the property, and the fixtures that exist are 100% compliant with the park’s lighting plan. Regular interpretive programming stresses the value of dark skies and their appreciation at the canyon. The NPS has even worked with a local amateur astronomy society for over 15 years to put on nighttime events which have engaged over 3,000 visitors in just the past four years alone. 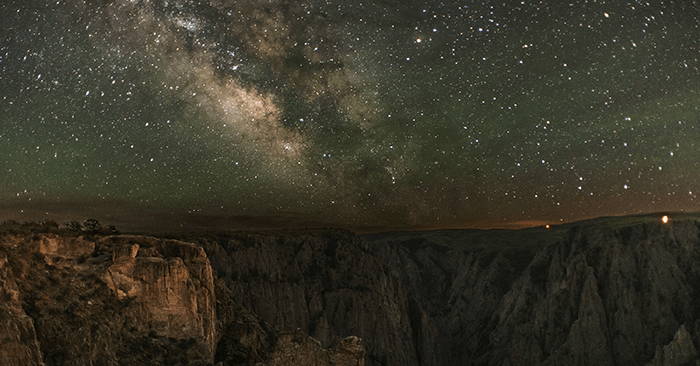 We stand behind our hats for as long as you stand under them.
Materials and workmanship are guaranteed for life.